People all over the world tell tales of the elusive, tall, hairy ‘man of the forest.’ Some call him Bigfoot or Yeti. We call him Sasquatch. All of these stories are remarkably similar and have been for centuries. There have been more than 4300 sightings listed in North America, including 2 dozen from the Chattanooga area. The most recent was in September 2011 when two motorists saw Sasquatch loping across a road on a rainy night.

The deep woods of the Tennessee Mountains are Sasquatch’s natural habitat.  All reports of Sasquatch place him in remote densely forested locations. And with our 10,000 caves – many of which have never fully been explored – Sasquatch will probably remain a mystery for years to come. Even world-famous primatologist Jane Goodall is a believer.  When asked for her opinion of Sasquatch in a September 27, 2002, interview on National Public Radio’s “Science Friday”, Jane Goodall said “I’m sure they exist”, and later said, chuckling, “Well, I’m a romantic, so I always wanted them to exist”, and finally, “You know, why isn’t there a body? I can’t answer that, and maybe they don’t exist, but I want them to.” In 2012, when asked again by the Huffington Post, Goodall said “I’m fascinated and would actually love them to exist,” adding, “Of course, it’s strange that there has never been a single authentic hide or hair of the Sasquatch, but I’ve read all the accounts.”

As William Shakespeare pointed out in Hamlet, “There are more things in heaven and earth, Horatio, than are dreamt of in your philosophy.”

Discover the Beauty of Sasquatch Farm

Founded in 2020, Sasquatch Farm offers over 120 acres of natural habitat to explore. The property boasts waterfalls, creeks, wildlife, and vast open skies, located on top of a mountain with beautiful valley overlooks.

Sasquatch Farm is just 40 miles west of Chattanooga, and easily accessible from I-59 and Hwy 156. Enjoy 52 generously-sized RV sites – many large enough to accommodate toy haulers – as well as a number of secluded tent camping sites.

Bring Your Binoculars – Sasquatch May Be Out There Waiting! 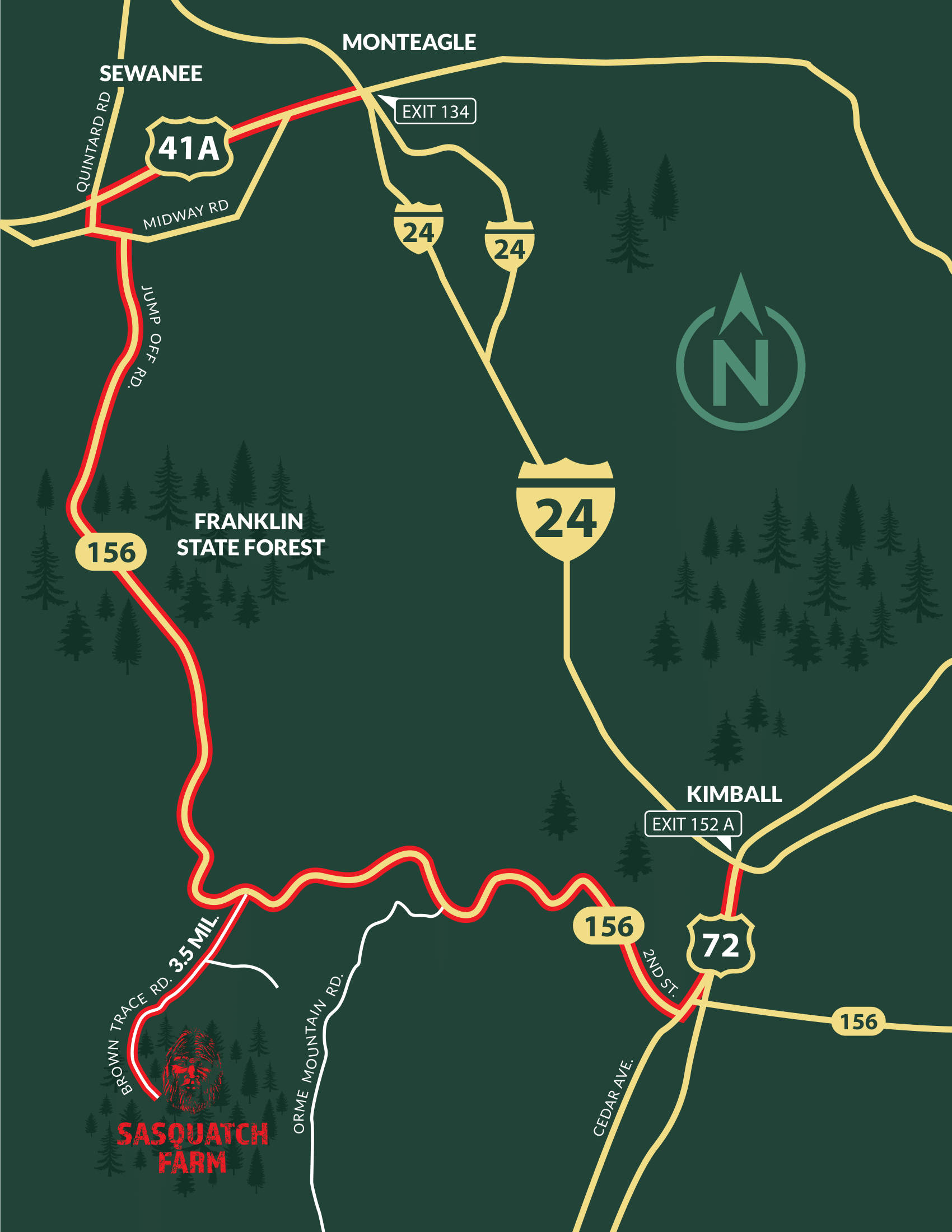